We are very excited to be partnering with Four Peaks Brewing Company to bring you the Arizona State Steinholding Championship! 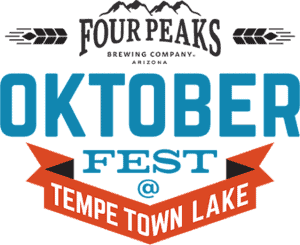 We are very excited to announce our partnership with the Four Peaks Brewing Company to bring Steinholding to Arizona and we're going big with a Steinholding tournament series that culminates with the State Championship Finals on Sunday October 9th, 2022 at 2:30pm at Four Peaks Oktoberfest at Tempe Town Lake in Tempe, AZ! The winner of the men's and women's competition finals will be crowned the 2022 Arizona State Steinholding Champions and will win the Ultimate 2023 Beer Festival Ticket Package from Four Peaks Brewing Company!

There are a limited number of spots available for the finals and you'll need to compete at one of our Qualifying Venue partner locations (listed below) to earn your spot and get your shot at the big prizes.

How do I qualify for the Finals?

We're partnering with bars, restaurants, and festivals across the state of Arizona to host preliminary qualifying rounds at these venues. Each location will be sending the winner of their men's competition and women's competition to represent them at the Four Peaks Brewing Oktoberfest Championship Round. The different venues are listed below along with the dates and times for each competition. If your favorite Arizona bar or festival venue isn't hosting a competition, tell them to get registered so you can join the fun!

What are the rules?

U.S. Steinholding Association Official Steinholding Rules will be used. There will be a team of USSA-trained judges at the finals, so study up on the rules and spend some time training to make sure your form is clean, or you won't last long in the Championship Round!

Alright, I'm in. So where can I compete?!

Check out the initial competition map and venue list below. Don't see your favorite venue listed? Reach out to them and tell them that you DEMAND STEINHOLDING so they need to sign up! We'll be announcing more locations throughout the summer so check back and follow us on FB and IG for updates. Remember- these venues will have limited spaces available for their qualifying rounds, so show up early and register in advance with the venue if you can!


Want to compete or host a competition in a State Championship tournament? Check out the buttons below for more information!